After putting on a phenomen 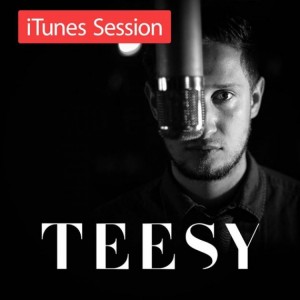 al show at the recently held Bundesvision Song Contest and, by that, shooting his debut album “Gluecksrezepte” back up in the german Top 100, Teesy gets the honor of being the first ever german artist to do an exclusive iTunes Session EP. The 5-track release features an acoustic live recording of some of Teesy best known songs including the current single “Keine Rosen”, as well as the blog-approved “Generation Maybe” and boasts an impressive guest list including german rap super stars Cro, Megaloh and probably Germany’s most reknowned soul music artist Julian Williams, formerly known as J-Luv. Teesy’s iTunes Session EP is available here from today on.