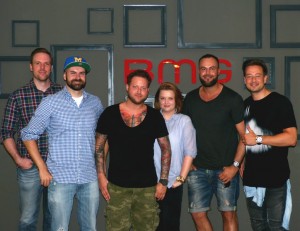 We are proud to announce that the Hamburg-based production and songwriting team T-Town has joined BMG rights in an exclusive joint venture with the Starting Lineup Music Publishing division. Dennis, Mario and Daniele aka T-Town have been on the german music scene for a while and have recently achieved tremendous international success with their work for the last two R. Kelly albums “Write Me Back” and “Black Panties”. With their sound being based in contemporary RnB and hip hop, the production trio is striving for more success in the US and UK markets and are ready for the next steps in their careers. We welcome them to the Starting Lineup family and are excited to have them on board. 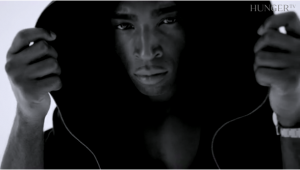 One of the biggest songs to ever emerge out of our artistic camp was recently blessed with a breathtaking video and is available on iTunes (and everywhere else) NOW. The video for “Tears Run Dry”, a collaborative song by our very own Crada, the amazing Tinie Tempah and the soon-to-be-star Sway Clarke II., was directed by Rankin and premiered on HungerTV earlier this week. 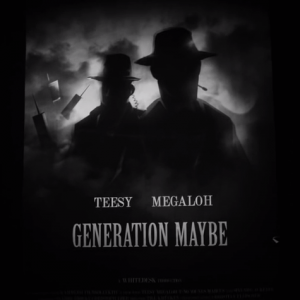 After already dropping tWo videos for his upcoming debut album “Gluecksrezepte”, Teesy recently launched a third viral release for the album cut “Generation Maybe” which also features german rap star Megaloh. The video received raging reviews and clicked in at over 100.000 YouTube views in less than week. After the video was premiered at the world reknown Splash! Festival main stage right before the headliners Outkast played, the “Generation Maybe” video was one of the most talked about new rap videos in Germany and got an amazing feedback from many parts of the german hip hop scene. 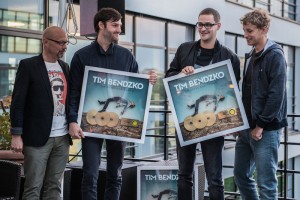 One June 30, Sony Music Germany invited a selected handful of creatives and industry people to reward them with several plaques for their highly successful work for Tim Bendzko, one of Germany’s biggest stars of the past years. Selling a total of well over 800.000 albums, Tim and everyone involved in the making of the albums “Wenn Worte Meine Sprache Wären” and the follow-up “Am Seidenen Faden” were handed out plaques for 5x gold and 3x gold, sales that were compiled in less than 24 months. We’re happy that our very own songwriter and producer Crada was a major part in the creation of these great songs and congratulate him, Tim and his team as well as the whole Sony Music staff.

“Rom & Paris” is the name of the brand new video by Teesy of his upcoming debut album this summer on german heavywheight indie Chimperator. Just like “Der Anfang”, “Rom & Paris” was shot in the south of france at the Côte d’Azur. Teesy’s first official longplayer “Glücksrezepte” will be released Aug 29th, 2014. Pre-orders are available here:
iTunes
Amazon Vinyl
Amazon CD