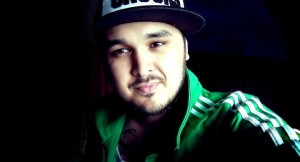 Hamburg-based producer and songwriter T-No has produced a brand new video single for german rap star Harris that features cameo appearances by german club scene and dj stars like Eskei83, DJ Kitsune, DJane Tereza, Clay-369 and DJ Ice-C. The video was financed, produced and organized by legendary party promoters “House-Verbot” of Frankfurt local fame, who have been putting together some of the biggest party and club events of the past years, in order to promote their activities and the local urban art and club scene.